The simple art of weaving has helped to bridge a cultural divide in Naracoorte.

The Naracoorte Spinners and Weavers invited a group of migrants to their latest gathering – and the results were revealing for both parties.

The women from the Migrant Resource Centre’s conversational English class loved the interaction with the weavers and spinners, while the club members were surprised at the skill and quick learning of their visitors.

MRC coordinator Jenny Stirling said it was a great gesture by the weavers and spinners to invite the women along, and both groups had gained a lot.

She said the language barrier made interaction difficult at times, but that was overcome by their common interest.

“It was a situation where equals met and the language of English didn’t seem to matter so much,” she said.

“It was a shared love of what they were doing.” 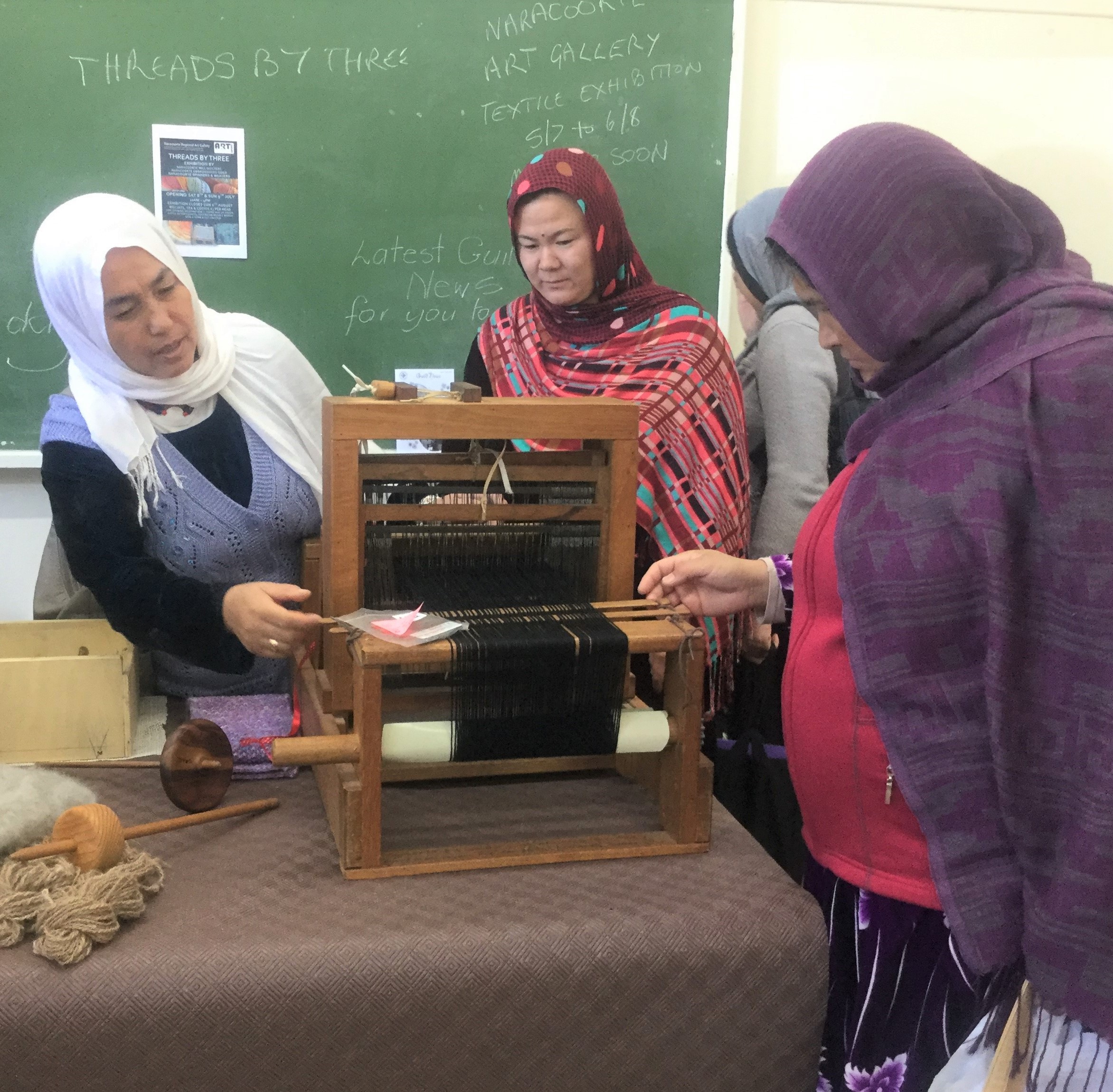 Ms Stirling said the weavers and spinners were amazed at how the visitors “sat down at a machine and bang, they picked it up straight away.

“They were just bowled over. Some commented that they had looked at them or said hello on the street and they would not have known they had these skills.”

Spinners and weavers member Jan French said the group “greatly enjoyed” the visit of the ladies.

“Although understanding another’s language was tricky, spinning and weaving techniques were exchanged through lots of expressions and interpreting by the migrant centre volunteers,” she said.

“Drop spindle spinning was shown to us as well as different ways to use our spinning wheels. Most of the visitors tried spinning on the wheels with some ladies showing they were very accomplished.

“Our president Isabel Growden thanked Jenny Stirling and Leslie Barker for their negotiations in arranging the visit and thanked visitors and members for a fun and productive exchange of skills.

“It is hoped we might have encouraged our visitors to join our spinning group which meets on the last Tuesday of each month 9.30am to 3.30pm at the old Rolland Street school.”