With a grin as broad as his palette, artist Sadiki Kamuldele paints the face of a woman whose eyes have seen days darker than the city’s wintry skies.

Featuring as part of a mural reflecting the spirit of Mount Gambier North School, Mr Kamuldele’s vision sees the mother figure watching over the school grounds.

The mural will promote the school’s values through colourful images inspired by unity and multiculturalism.

Mr Kamuldele’s artistic vision stems from personal experience as a former refugee, documented in last week’s instalment of our Painting a Picture section published in Thursday’s edition of The Border Watch.

After spending the first two decades of his life surrounded by violence, he lived in a refugee camp for 13 years before relocating to Australia with his family in 2016.

Once his artistic talents became apparent to school leaders, staff combined efforts to commission Mr Kamuldele for the mural.

Self taught and beyond impressive, Mr Kamuldele’s work is emotive and detailed.

He said it was an honour to paint at the school.

“I feel very happy to be painting this mural and creating something meaningful for the school,” Mr Kamuldele said.

“The response to my work so far has motivated me and boosted my confidence.”

School intensive English language program leader Inna Tucker said the school was pleased to have Mr Kamuldele on board.

“His work on the mural so far is incredible and we really wanted to highlight the skill of someone from within our school community,” she said.

“We wanted to see Sadiki’s vision come to life through inspiration from the school and our values.”

Ms Tucker said she was in awe of Mr Kamuldele’s work.

“The mother he has painted on the wall so far is just beautiful and her eyes really tell a story,” she said.

“She represents all of the parents and carers who walk through the school gates every day.

“As a school, we strive for unity and respect by highlighting that no matter what skin colour or religion, we are all one.”

Following the school project, Ms Tucker said she would like to see Mr Kamuldele create more artwork elsewhere in the city.

“It would be great to see some of Sadiki’s work appear at various locations in Mount Gambier,” she said.

“We want the community to recognise the special talents which come from all walks of life.” 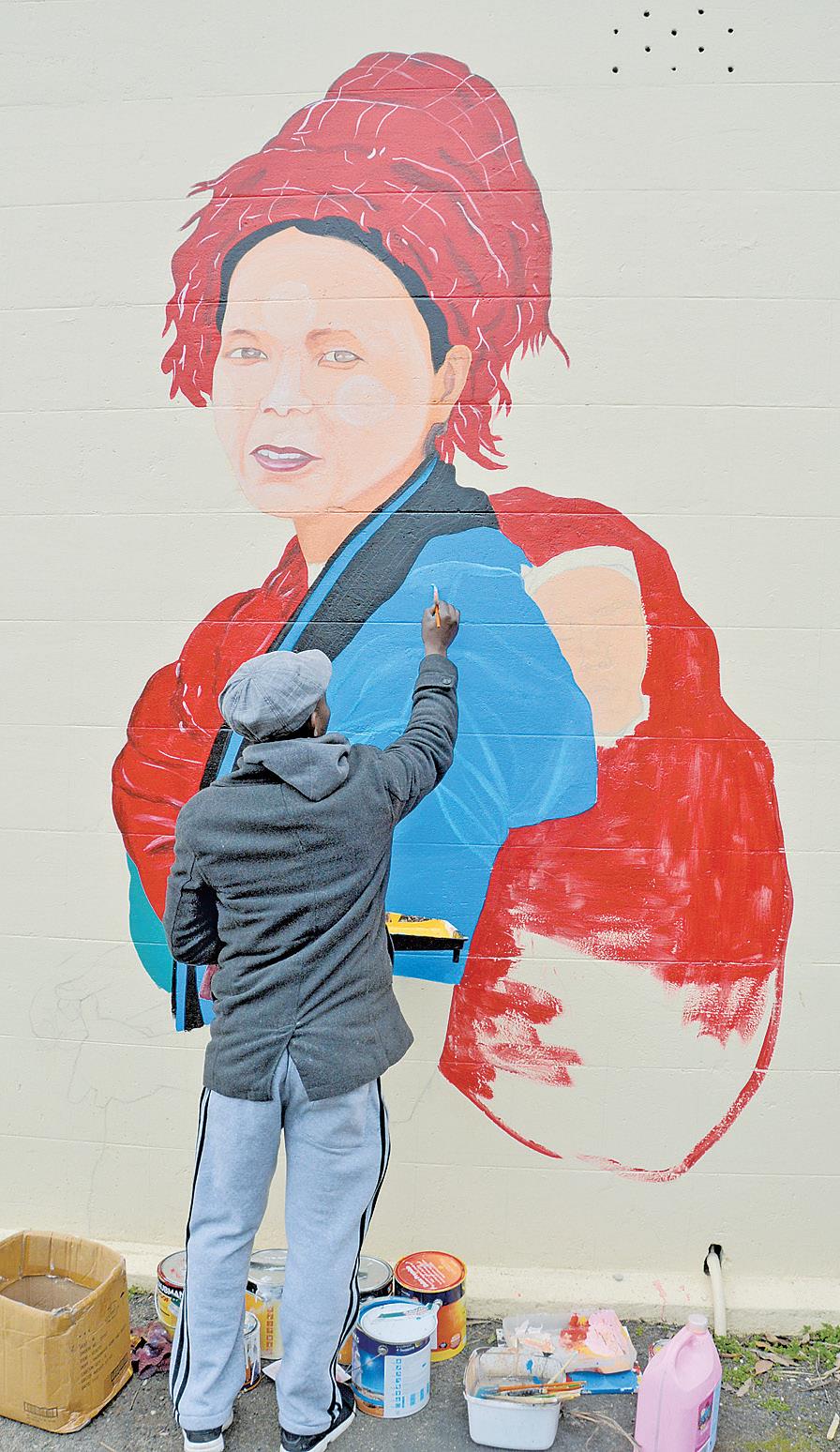 In progress: Artist Sadiki Kamuldele paints a mother as part of a large-scale mural at Mount Gambier North School.