Mount Gambier’s tight-knit Yazidi community will unite in grief tomorrow to commemorate the date when Islamic State militants unleashed brutality on their homeland.

The regional city is home to South Australia’s only Yazidis, who for centuries have been a stateless persecuted minority in northern Iraq.

On August 3, 2014, they were attacked by ISIS forces — thousands would eventually die in a campaign of terror described by the Australia Parliament as a genocide.

The small Yazidi community in Mount Gambier expressed hope South Australians would stand with them in a sign of solidarity. 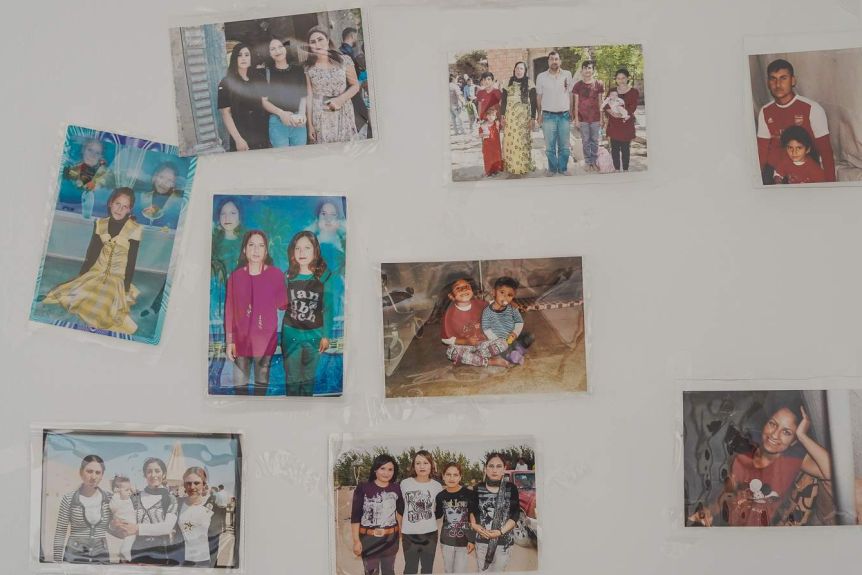 Photo: Everything was taken from the Yazidis when ISIS attacked in 2014 (credit: ABC South East SA: Bec Whetham).

Ahmed Murad, who arrived in Mount Gambier early this year, said he wanted the world and Australians to understand the enduring trauma of the survivors.

“My family are lost in the tomb of war,” he said.

“They stole my sister, they shook my wounded city and ripped apart the heart of every mother and father.”

Despite the passage of time, extraordinary pain remains etched on Mr Murad’s face.

“It was a moment no-one expected until I jumped over 2,000 corpses,” he said.

“I could not believe that scene; I have never forgotten the blood, destruction and the screams of children echoing the sky.

“There were faces smashed in every direction — I turned and I shared by tears between them.” 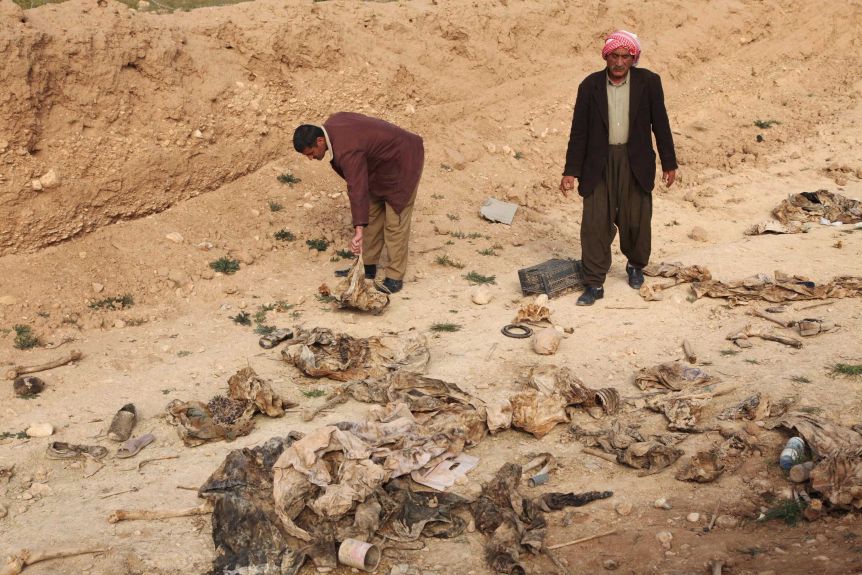 Despite the horrific events, the Yazidi community remains hopeful its kidnapped women and children will one day return.

Many, like Mr Murad’s sister, are still held captive and used as sex slaves, while others are harbouring in refugee camps after fleeing their homes.

Despite the unimaginable suffering and mass killings, Mr Murad said there had not been any serious action from around the world.

Mr Murad lived an idyllic life with this family before ISIS descended on his community. 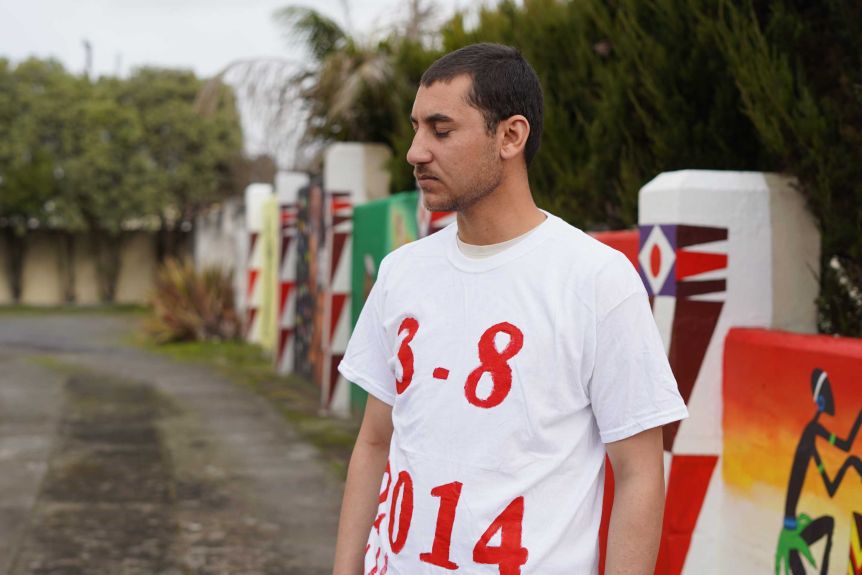 On the night of the attack, two hours after midnight, he was one of thousands of people who were kidnapped, his head covered with a black cloth.

Extraordinarily, he escaped by scrambling on nearby rooftops and hiding at Mount Sinjar, where thousands of others sought refuge but where many were massacred.

Mr Murad now lives in Mount Gambier with his sister Jameelah and mother Adolah Abbaso, who uses a wheelchair after ISIS terrorists ran her down in a car. 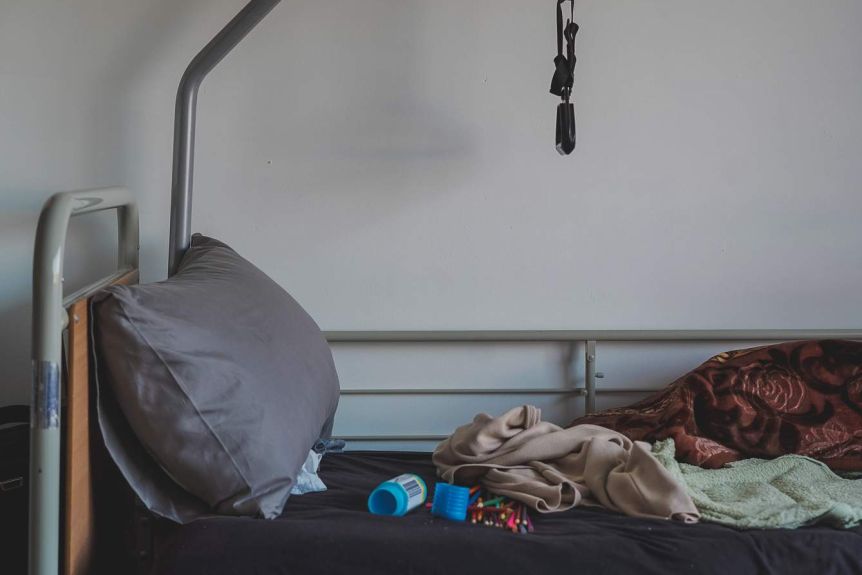 Photo: Ahmed Murad’s mother uses a wheelchair after she was run down by a car (credit: ABC South East SA: Bec Whetham).

Salvana Awsee, who arrived in Mount Gambier in May last year with her siblings and mother, said she also wanted Australians to learn about the terror inflicted on her homeland.

The 24-year-old is expected to tell her story of that “black day” at the vigil.

“Together with my mother, brother and sisters, we fled with thousands of other Yazidis to Mount Sinjar where we stayed for seven days until we started walking to Syria and then to Kurdistan,” she said.

“It took us about 12 hours to walk there,” said Ms Awsee, who made the trek without shoes. 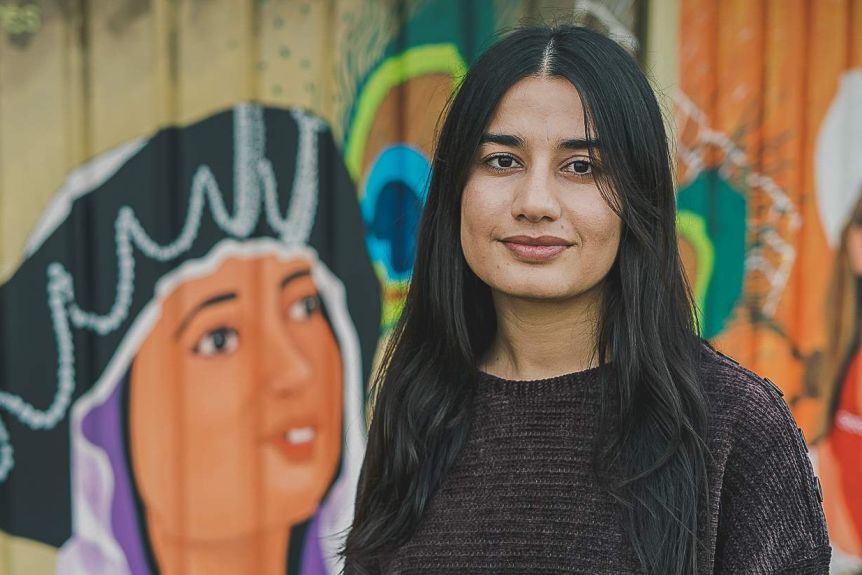 Many Yazidis, especially children, died on the mountain because of the hot weather, hunger and thirst.

Her father was among the more than 10,000 Yazidis who were killed.

“The village of Kojo was destroyed, and to this day, many Yazidis are still missing or in captivity with ISIS,” Ms Awsee said.

“ISIS also robbed us of our futures and our dreams.” 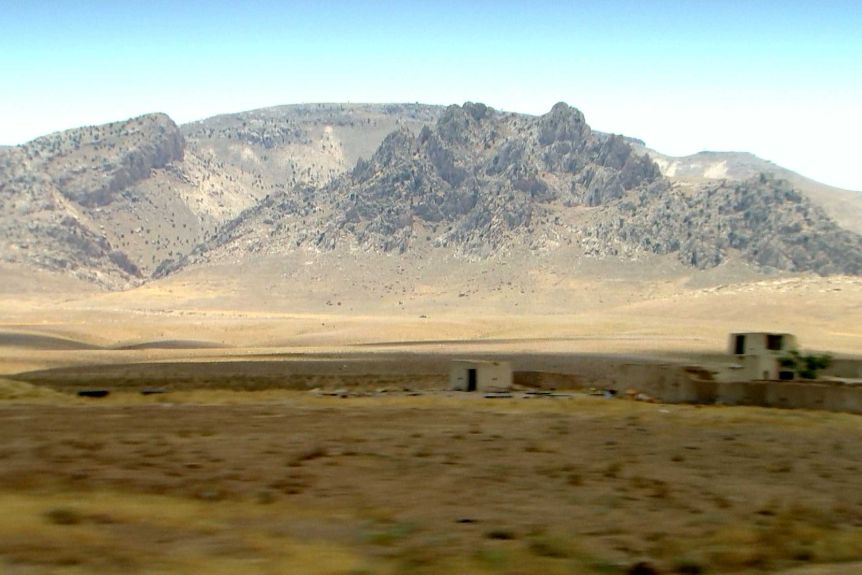